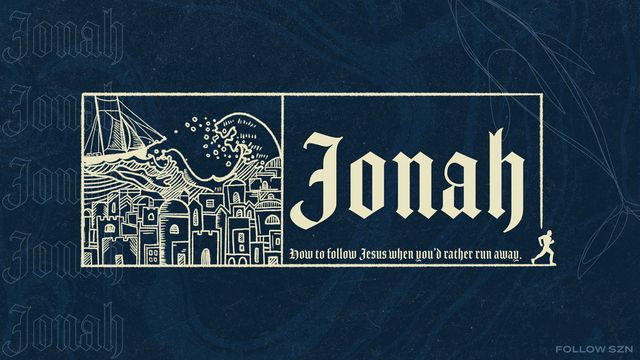 Dive into the Details

The book of Jonah is about so much more than just a man being swallowed by a whale. This is the story of you and me. The story that we far too often find ourselves wrapped up in. The place where we are called by God to do one thing, but we flake and do the completely opposite thing. The part where we are offered so much more, but we settle for less. The time when we tremble in the belief in a powerful God, but then doubt His goodness in our lives. The habit we have formed of sitting at His feet for one moment, but wanting nothing to do with following Him when He asks us to move boldly the next This is Jonah. We are Jonah. You might find yourself today in the midst of following Jesus, but on the brink of running away. Maybe you have been following Jesus for a while but are worn down, tired, and ready to throw in the towel because you’re exhausted from being on the run for so long. So what does God say about all of that? How does God respond to His people who would rather run away from Him?

Jonah knows a thing or two about having to choose to follow Jesus when he wants to run. Jonah is a prophet, and God tells him to go to Nineveh. Just to catch you up to speed––at that period in time, Ninevah was a dark place. Located in modern-day Iraq, Ninevah was a massive city of intense, wicked, idol worshippers. These were barbaric, brutal, evil people with no regard for human life. These were the people Jonah was sent to. So, it’s understandable then why Jonah didn’t want to go. He doesn’t just simply choose to not go to Nineveh; he runs in the completely opposite direction.

As we begin this journey together, here are the questions to ponder today: