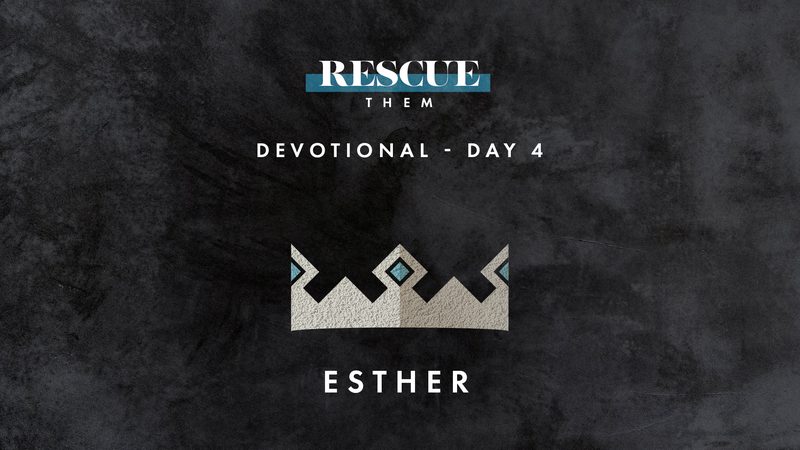 “And who knows whether you have come to the kingdom for such a time as this?” (Esther 4:14b)

Though no definitive age is given in the Bible, it is widely assumed that the girl who eventually became Queen Esther was only a teenager when she first entered the courts of King Xerxes. Imagine – an orphaned, Jewish girl, perhaps only 14 or 15, catching the eye and the favor of the most powerful man in the land, eventually securing the royal crown upon her head. Her heritage and life before the palace a secret, her two identities could not have been more opposite.

But as history unfolded, there came a time when her ethnicity could no longer be hidden. Her husband’s right-hand man had issued a decree declaring the mass murder of the entire Jewish nation. It was a nightmare situation that was, in fact, reality. But it was also an opportunity. An opportunity for a rescue carried out single-handedly by the only woman who could potentially save her people.

Faced with no choice but to reveal her true background to her husband, Esther skilfully planned a series of dinners, the final in which the king offered to her anything she wanted. We can only imagine the deep breath she must have taken before disclosing the deceitful plot that would wipe the Jewish nation from the earth. Revealing the truth could have cost her everything, including her very own life. But the moment – the mission – to which she knew she had been tasked was greater. With complete dependence on and surrender to God, Esther bravely and humbly asked for the king to spare the lives of her people. And in that moment, God came through as only He could – honoring Esther’s commitment to His call and saving the Jewish nation from total destruction.

The story reads like a fairy-tale or a screenplay. But it’s true. And even though our lives look vastly different today, its lessons are still applicable. God will allow us to be placed into situations for which we feel unprepared, situations which we feel completely inadequate to handle. God will allow us to face seemingly impossible decisions, some of which may very well cost us everything. God may call us to lay our own dreams aside for the sake of the mission. But it’s worth it. Surrendering our will, our plans, our lives to Him is worth it every single time. Perhaps the next time the battle rages around us, we will pause for just a moment, considering that we too have been called for such a time as this.

Father, we know there will be times You will give us more than we can handle, times where You ask us to sacrifice everything we have and surrender to Your plan instead. Thank You that in those moments, Your strength is enough. Thank You for already having a way prepared for us, even when we can’t see it. May we see those moments not as ones of hardship, but as ones of opportunity to trust You even more.