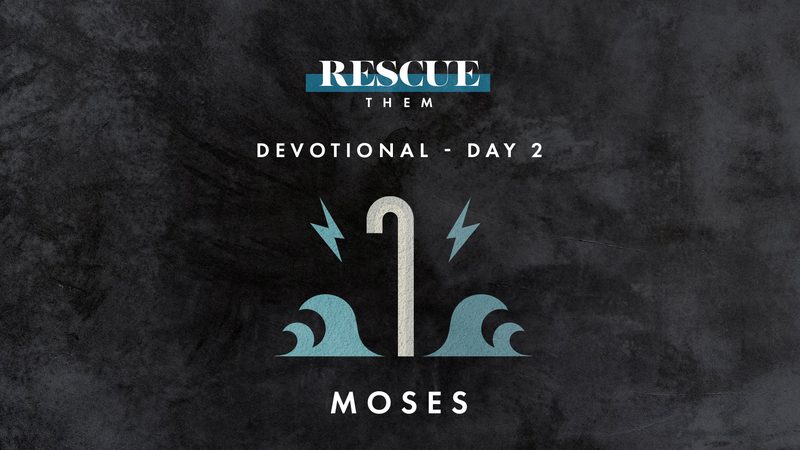 “… ‘I am the LORD, and I will bring you out from under the burdens of the Egyptians, and I will deliver you from slavery to them, and I will redeem you with an outstretched arm…’” (Exodus 6:6)

Born into slavery, and slowed by a speech impediment, Moses seemed an unlikely candidate to lead an entire nation to freedom. We can only imagine the initial hesitation he may have felt when the Lord commanded him to speak up against the most powerful ruler in the land. For over 400 years, the king of Egypt had utilized every resource available to him to maintain control over the nation of Israel – wealth in excess and an army in the thousands. Who was Moses, a perceived commoner, to approach the king, let alone make any demands?

But in the eyes of the Lord, Moses was anything but common. His upbringing in the house of Pharaoh had provided him with connections and insight he could not have obtained on his own. His encounter with God Himself in the form of a burning bush had empowered him to raise his voice against injustice. His own brother was called by God to stand by his side, speak for him on multiple occasions, and literally hold up his arm on another. Though Moses didn’t know it at the time, his entire life up to that point had been one of equipping.

And so, when the moment arrived to free the children of Israel from their captivity, he did so, perhaps still somewhat uncertain in his own abilities, but with a stronger conviction not only in the mission to which he had been called, but in the God who had called him to it. In their liberation, the Egyptian army could not overtake them. The Red Sea could not drown them. With the presence of God surrounding them, nothing could stop them from claiming the freedom which had been promised to them.

Perhaps as you are reading this, you are thinking that the mission God called Moses to was extreme. It was. More than likely, none of us are going to spearhead the release of an entire nation held captive as slaves for several centuries. But there is no small role in God’s army. God has called every one of us who follow Jesus into the mission of rescue, into the mission of loving God and loving people. On this mission there are no small deeds, but rather acts of love toward others, done in Jesus name. A cup of coffee, a conversation, an unexpected act of kindness just might be strategy you take as you begin to fight in the battle. Ask Him to show you someone today in need of rescue. And when He does – no matter how challenging the surrounding circumstances may seem – take a moment to remember how He has equipped and empowered you to answer His call, just as He did in the days of Moses.

Father, thank You for inviting us to something greater than ourselves. We know that the mission isn’t always easy, but we also know that in You, the battle has already been won. Help us to boldly move forward in what You have called us to, resting and finding strength in the knowledge that You are still parting the seas, even today.