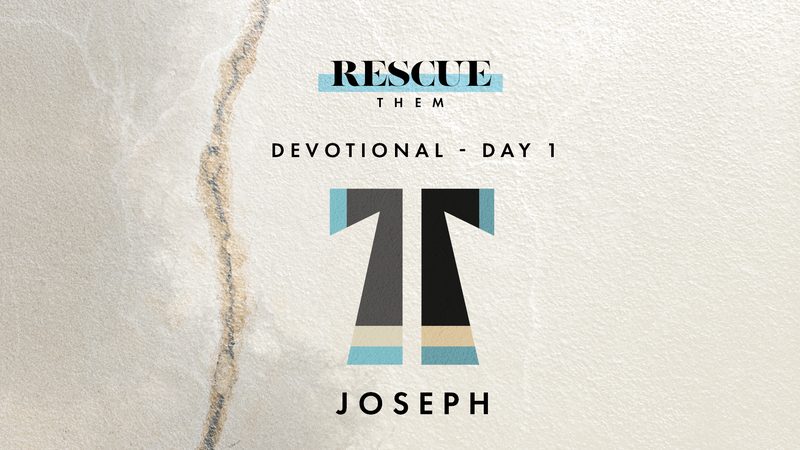 “…God sent me before you to preserve life…to preserve for you a remnant on earth, and to keep alive for you many survivors. It was not you who sent me here, but God.” (Genesis 45:5b-8a)

The bottom of a pit. It’s a phrase typically used in the metaphorical sense, a place where we find ourselves when the world seems to be caving in. But for Joseph, it was a reality he faced at just 17 years old. Tossed into a literal pit and left to die at the hands of his own brothers, then temporarily lifted out only to be sold into slavery, Joseph knew firsthand what it meant to need a rescue.

Years later, he found himself wrongfully imprisoned for a crime he didn’t commit, once again facing what seemed like an impossible situation, one in which he was unable to save himself. But God had not forgotten about Joseph, nor was He unaware of the injustices that had plagued his life for many years. And after He had restored Joseph to a place of prominence and honor, eventually climbing the ranks to become a high-ranking official in the king’s service, Joseph found himself on the other side…no longer a man who needed rescue, but one capable of executing it.

When nearly all of Egypt faced a severe famine some time later, by God’s grace, Joseph remained unaffected. His family, however, could not say the same. The same brothers who judged him, persecuted him, and ultimately abandoned him were now the very ones in danger of perishing if someone did not intervene. The tables had turned.

We can only imagine the internal struggle Joseph may have felt knowing he was in a position to save those who had hurt him most. But with God as his strength, he chose the righteous path. He chose to not only rescue them, but to generously provide for them for the remainder of the famine. And as he did, old wrongs were laid aside, and new relationships thrived. What man had intended for evil, God worked for good.

Is there someone in your life who needs not only your forgiveness, but also your help? To do so seems counter-cultural, and not something we can do in our own strength. But it is exactly that to which we been called. We must model ourselves after Christ, the Rescuer, who has not only forgiven us, but who graciously and continuously blesses us above and beyond what we deserve. May He empower you today with the strength to release someone’s debt against you. And may He give you a desire to bless even those who have mistreated you, remembering that we love as He first loved us.

Father, we thank You for rescuing us out of the pit as You did with Joseph. Thank You for forgiving us when we didn’t deserve it, and for giving us good things simply because You love us. Would You give us opportunities today to love others well, to forgive those who hurt us, and to share the hope we ultimately have in You?